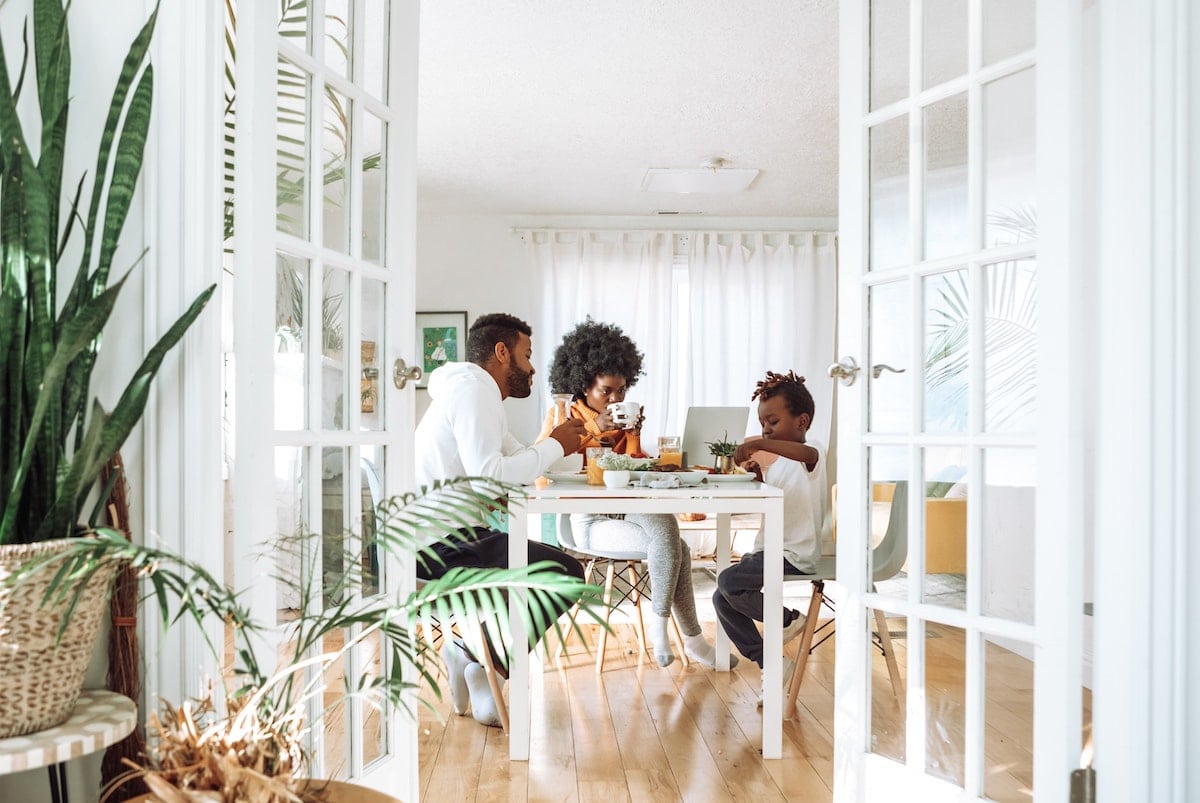 I’m so excited to share a guest post with you today from fellow blogger and minimalist, Mia Danielle. Mia writes about living intentionally and minimally as a parent on her blog. It is great to have her write for us on Practigal Blog and share some key components to minimalism as a parent for my readers who have children at home.

I hope you enjoy Mia’s perspective and learning from her experience as a minimalist mom. Be sure to leave a comment letting Mia and I know what you think!

Want to know more about minimalism? Check out this post!

Minimalism as a lifestyle

For those of you who view minimalism as a year-round spring cleaning binge, you’re missing it. Minimalism is cutting through the chaos, the false promises, and the misplaced values and bringing things back to the core. The priority.

In a society that wears a shell of superficiality and shiny ideals, minimalism is a lifestyle of choosing intentionality.

So, when a well-meaning parent says that they don’t practice minimalism because they have kids, or when a person unwittingly says they feel sorry for children raised in minimalist households, it ignites a little flame of frustration in my chest.

Minimalism as a parent

I’m not one to push my principles on others who have no interest. I understand that there is no one right way in life. And this has nothing to do with harboring a deep-seeded anger toward society or a hatred for shopping.

But there is no one who needs minimalism more than parents. For so many reasons.

Aside from the insane benefits minimalism has on children, parents have the most unsustainable living habits now than throughout history. This is a day in age where both parents typically work full-time in a consumerist society that praises business, lack of sleep, and skipped meals while reprimanding time off.

At the same time, spending expectations have only increased from previous generations. Cost of living has gone up and purchases necessary to meet a ‘status quo’ lifestyle have increased substantially.

Even so, there is less time available to tend to these additional belongings and responsibilities. A study by UCLA recently showed that 75% of middle-class American families aren’t able to park their car in the garage because it is being used for storage.

And while medications for stress are higher than ever, this same study showed that the stress cortisol levels for mothers increased while tending to their belongings.

But I get it. People who haven’t studied this stuff aren’t necessarily aware of the long-term benefits. They see the short-term complications. And there are certainly some complications to consider.

What if you have a partner who isn’t on board; teens who are accustomed to a certain lifestyle already; toddlers who require extra equipment; or kids who love to collect ‘stuff’ and make a forest worth of artwork?

Your husband builds old cars, you’re housing your relatives, you have a medical condition, you know…life. Everyone has different complications but really, they’re all the same.

Courtney Carver was diagnosed with MS before she took the leap from overworked businesswoman to prioritizing minimalist. Debilitating symptoms, stress, and medical care did not deter her from streamlining her life, on the contrary, it propelled her.

You can face adversities (or complications) and still lead the life you know is right for you.

If your complications are your reason for not approaching minimalism as a parent it’s likely from 1 of 2 things: you aren’t really interested in a minimalist lifestyle- which is ok, or you truly don’t know how to proceed with making the adjustments in light of your current lifestyle.

If the latter is true, I have 4 keys that I consider crucial to building a lifestyle of minimalism as a parent.

4 key components to minimalism as a parent

If you declutter your home and within a week are drowning in the same clutter you likely aren’t maintaining appropriate routines. Now, routines are like sushi, you either love it or hate it.

My natural tendency is to resist routines and timelines. It’s just my personality to resist. But, there are areas in my life over the years where I’ve come to accept that I need routines in order to truly have control in my own life.

I have an entire article dedicated to minimalist routines, but the idea is that you are constantly taking habitual actions (without even thinking about it) to maintain a lifestyle of minimalism as a parent.

We’re talking about minimalism as a parent here, which indicates that you are not the only person involved in this process.

Use these magnificent skills to your advantage and share reasons and expectations with your family. Now, notice I said ‘reasons’ first. There are so many times when I expect my kids or my partner to know why I’m doing something (or why I’m asking them to do something).

To me, it always seems obvious but that’s because I’m in my own head. I’m living these reasons constantly. Other people- with other thought patterns- aren’t going to automatically know your reasons for living a certain way.

If you don’t explain the benefits and your reasoning to your kids, then all they’re going to see is you taking away their toys- even if it’s toys that haven’t been played with for years.

Communication is truly magic. It ends wars, creates love, and makes the unimaginable possible. Use yours wisely.

People are naturally resistant to change, especially when it involves their belongings. In fact, there’s a scientific theory called the Endowment effect which hypothesizes that people ascribe more value to belongings they own than belongings they do not own.

For example, studies have shown that people will pay more to keep something they own than to obtain something they do not own, even if the value is the same.

Similar to the reason people will pay more for something they’ve already tried. That’s why Costco gives free samples. It’s not because they’re so nice and know that you’re starving while you shop. It’s because you’re much more likely to buy something after you’ve experienced it.

So, when you’re going through beginning minimalism as a parent, remember that the things that look like junk to you are probably seen as valuable to your partner and your kids.

Another thing to keep in mind is that humans tend to infuse belongings with emotion. This is why clutter is SO hard for people to get rid of and why hoarders truly have psychological hardship when parting with their belongings.

Aside from the endowment effect, memories are generally associated with belongings that increase their emotional value in them.

This doesn’t mean that nothing should ever be decluttered. But it is important for your relationships that you go into this with an understanding of what they are experiencing. Harshness will not make them any less emotional about their belongings.

Remember that you are choosing this lifestyle for more happiness, simplicity, and better priorities. Maintaining positive relationships is a big part of that.

If you discuss all of these minimalist changes with your family and explain to them how this is going to greatly improve the family’s lifestyle, but you give in the first time you go to the store and your kid asks for something, you’re showing them through actions that you don’t wholeheartedly believe in what you’re teaching.

That may sound harsh, but it’s the truth of the matter. They will quickly learn what you are serious about.

And even more difficult, you have to walk the walk. That means when you go to the store for ketchup and tell your kids that they can’t buy the random doll they want, you also shouldn’t stop buying yourself some new shoes.

The same goes for creating routines in the home. If you expect them to maintain a 1-in-1-out rule with their belongings, you have to show that you’re doing the same thing.

Make it a positive experience, not a negative one. You can literally make anything into a game with younger kids.

I hope this information helps to guide you like a minimalist parent. Please share your own thoughts and experiences in the comments!

Mia Danielle is a mother of two daughters, a writer, and an enthusiast of minimalism an intentional living for parents.

She is the founder of MiaDanielle.com where she blogs and offers a free library of resources for her subscribers. You can find Mia on Facebook and Instagram.

This author does not have any more posts.